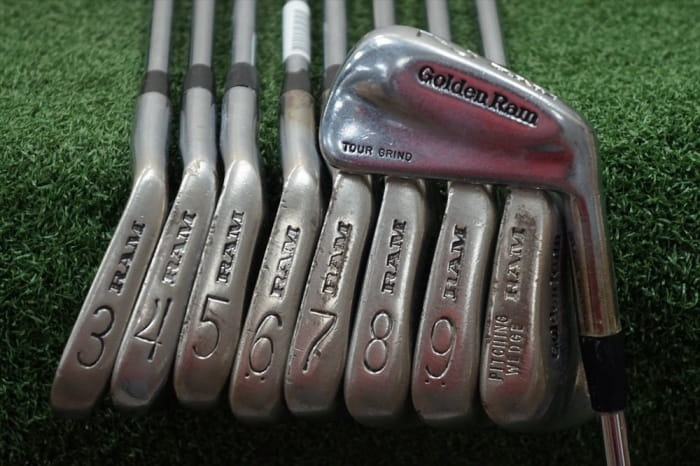 Ram Golf Clubs is one of the most well-know brands on the golf equipment market. It not only stands out for high-quality products, luxury style but also for its long and vicissitudes of history.

However, who makes Ram Golf clubs? If you haven’t had the answer to this question yet, read our today’s article! There is a more interesting story than its name sounds. Let’s scroll down to read!

Ram Golf clubs or Ram Golf Corporation is known as the oldest American golf equipment manufacturer during the 1940s. There is a long history of this brand. 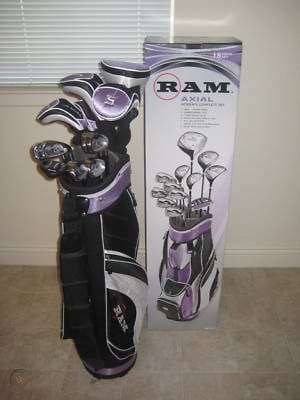 The Birth Of Ram Golf

Ram Golf was first published under the name Sportsman's Golf by the Hansberger brothers. At that time, they were just a small shop that made club components for other big companies.

They didn’t publish their products straight away to customers. In 1947, George MacGregor sold his golf company to the Hansbergers, and the company started working under the name of Kroydon and Bristol.

Finally, the company changed its name to Ram Golf in 1967. Since the new name was put on, Ram Golf has carved its name on the golf equipment market, despite a downturn in the early 1990s.

Before the company was renamed Ram Golf, it had a very developing time with the Sportsman’s Golf name. This company had been producing a wide range of high-quality golf clubs.

One of its well-known products was Bristol 600 Wizard club, which was used popularly by professional golf players for two decades, 1950s and 1960s.

Many famous golfers like Jack Nicklaus used this brand golf club for their games, and his success somehow advertised the brand name of his golf equipment. 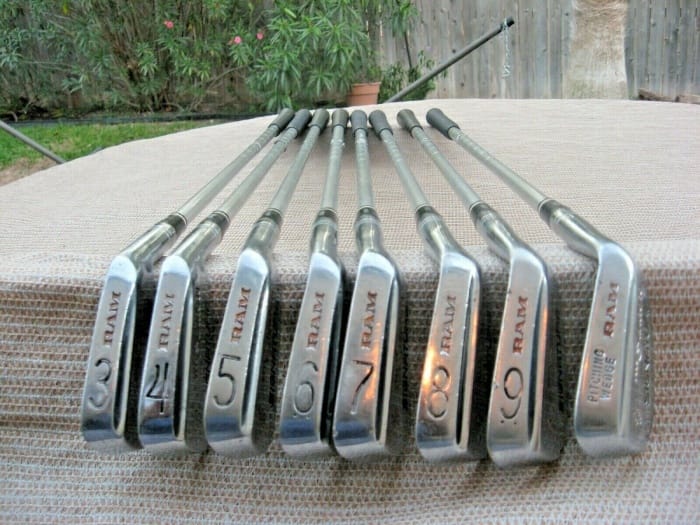 Ram Golf carved its popularity in public after Tom Watson became ambassador of this brand. There was nothing much to say, but Tom was the champion of many grand slam titles, and he helped expand the name Ram Golf.

Also, the company sponsored him the top-notch equipment for his games.

Especially the close relationship between Ram Golf with former PGA golfer-George Low urged the birth of the Wizard 600 club as an endorsement.

It was so famous that it is still valuable until now with an approximate price of $25,000 in 2005. Nowadays, you also can check for this club on e-trading platforms conveniently.

Ram was also known as a leading innovator in golf and forged cavity-back irons design. For example, in 1968, it made the Ram 3D with components containing Surlyn-covered balls.

In 1974, Colgate-Palmolive Company wanted to buy Ram Golf at $18 million. After the purchase, Ram Rolf got the sponsor of Colgate-Palmolive to rapidly expand its influence among professional golfers like Tom Watson, Gary Player, Nancy Lopez, and Ray Floyd.

Until 1980, the Hansberger got Ram Golf back. But they remained the same business strategy as keeping on the endorsement in line with PGA golfers such as Calvin Peete and Nick Price.

Unfortunately, the company started facing the up-and-down time as it got divided into two parts-the Ram Golf Club Company and Ram Tour Balls in the 1990s.

Despite the manufacturing sector of golf tools still located in the Chicago suburb, till now, the club unit was bought by Tommy Armour sadly. On the other side, the Ram Tour Balls company was sold to Taylormade as well.

As a result, the Handsber brothers retired after the acquisition. Tommy Armour possesses the Ram Golf Clubs Company continuing to produce golf products, other parts of the company carry on manufacturing as subsidiaries of other corporations.

During the development, Ram Golf gets along with many advantages and disadvantages of its business. The biggest advantage is it concentrates on simplicity which makes golf much easier for beginners.

The Sargeras irons represent this style with depression back iron, border weighted, the low focal center of gravity.

The drawback of this company is it still keeps basic principles in manufacturing golf clubs. And this is why the golf clubs might not be suitable for low-handicap golfers.

Although Ram Golf clubs are designed to help golfers to practice and go up to the next level,i t might not be a good option for players who don’t obtain adequate skills during the game.

Is Ram Golf Clubs Good To Use?

Nowadays, Ram Golf is no longer with PGA tour clubs, but it is still the most popular brand on the golf market. And if you ask us, “Is Ram Golf Clubs good to use?”.

The answer is a “yet”! Let us tell you why! For novice or professional golfers, these clubs help them create more solid shots due to the forgiving sweet spots. Ram also produces the basic golf club for the common-denominator golf players in the world.

On the other hand, Ram also focuses on easy play with entry-level clubs such as Sergeras (as mentioned above). People who have tried this club have admitted that it is surely cavity-back, powerful, and the low gravity center helps players hit the ball up into the air with ease.

Hopefully, this article has given you an overview of who makes Ram Golf Clubs. For beginners, we hope you are now getting to know about this golf club brand. And we assure that this brand of golf equipment is surely worth a try.

For golf lovers, this article might be an interesting story about how a golf club was made and developed throughout the time. Have a great time reading!