The 7 iron is one of the most basic golf clubs available to golfers. This club is quite important and is used frequently by both novice and professional golfers.

The answer to the question "How far should you hit a 7 iron?" depends on many factors, but don't worry, we are here to help you do that!

One of the key factors to improving golf skills is choosing the right club and using it at the right time. To do this, golfers need to have a clear understanding of how far each golf club goes.

For golf, the iron club is the most popular, used both in practice and competition. Among them, the number 7 is a standard club and also the most difficult to use for newbies.

The 7 club is suitable for shots near the green areas, bringing the ball to the best position on the fairway with the second shot on par 4.

Golfers can use No.7 club as a replacement for the No.8 and No.9 iron when performing "bump-and-run" hits in areas with open, dry grass.

The advantage of designing a large loft is to have a wider impact surface. However, it will also reduce the polishing distance significantly.

How Far Should You Hit a 7 Iron? 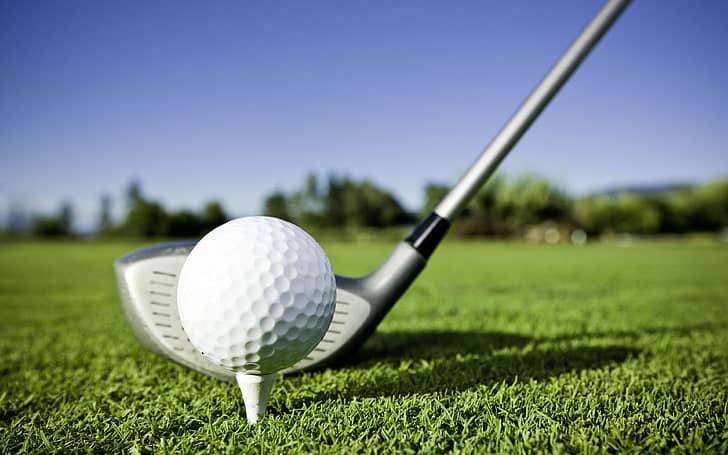 What Are The Distances Of 7 Iron?

At each level, players will have different distances. Below is a list of the distances a golfer can get by using the 7 iron clubs.

If you are a golf beginner and unsure which club to choose, the 7 iron is the best choice for you. It is a comfortable club that helps you learn basic moves and gain knowledge of distance and trajectory.

Any golfer who makes a "bogey" or scores 95 on 18 holes is considered an intermediate player. When intermediate golfers hit 7 irons, the ball typically walked 75 yards (women) and 135 yards (men).

In comparison, intermediate golfers have a faster head speed than beginners, which allows them to travel farther.

The issue these golfers are dealing with is inconsistency. They may hit their 7 iron 150 yards one time and 120 yards the next.

Advanced golfers are those who can hit 82 scores or higher on 18 holes.

These golfers frequently have outstanding control and can hit the ball much further using club head speed and sweet spot touch combination.

Advanced players can hit 7 irons 165 yards for men or 140 yards for women.

Most professionals have spent their entire time practicing golf, which explains why they can hit the ball so far.

They have incredible flexibility, allowing them to swing the golf ball at extremely high speeds while maintaining their golf stance.

How far can you hit a 7 iron depends on which level you are. But for advanced training, you can also attend professional golf schools.

What Are Golf Club Distances And Different Tactics?

Knowing the standard swing distance helps golfers save shots and improve their playing skills. This section will reveal how far golfers can hit golf clubs such as wooden, iron, hybrid, and wedges.

According to experts, the hitting distance of a golf club will depend on many factors such as the type of club in use, the type of ball, the condition of the court with a hard or soft fairway, strong winds or standing wind, dry or wet grass.

In which, technique and force are important factors determining the hitting distance of each club. And it is noticeable that this distance can vary from player to player.

The Distance Of Hitting Wooden Clubs

Meanwhile, the average professional golfer can get to be 285 yards. For a 3 wooden club, the player can take the ball up to 205 yards, and with a 5 baton 190 yards.

With an average Handicap female golfer, they will reach a distance of 175 yards with a #1 baton, 140 yards when playing with a 3 wooden club.

Therefore, a wooden club will be the best choice for golfers who want to have a long shot on the fairway.

The Distance Of Hitting Iron Clubs

As a rule, the reduced distance depends on the higher the number on the club.

For female golfers, this number will be trimmed down by about 20%. Specifically, they have a distance of 80 yards for a 9 iron and 145 yards for a 3 iron club.

The Distance Of Hybrid/Rescue Clubs

One of the indispensable lines for golfers is the hybrid club, also called as a rescue club. This club line has the ability to replace the iron in the golf club set.

For example, for hybrid number 4, you can choose this club instead of the No. 4 iron, similar to the 5,6 hybrid.

The length and loft of hybrids are similar to irons, but the appearance looks like a wooden club.

Hybrid clubs will help golfers avoid common mistakes, especially in semi-rough grass, and minimize dense grass. The spacing of hybrid golf clubs is not much different from the corresponding irons.

The advantage of this club is that the clubhead has a design that increases stability.

Thus, if the higher the number on the club is specified, the distance will be reduced by about 10 yards, similar to the iron. However, iron golf clubs will have greater coverage.

What Are The Tips For A Better Hit?

To have an accurate ball with good distance, players should know how to hit the ball correctly. Here are the basic techniques when using a 7 iron:

Players stand with their left shoulder tilted slightly away from the ball, left hand created with the handle of the club in a straight line.

Relax and look in the direction of the ball, placing the ball in a low position on the swinging trajectory.

Keeping the left shoulder, head, and left hand in comparison to the prepared posture, other parts will flexibly move according to the swing.

Open your hips toward the ball; the left hand is at the position of the left foot.

Swinging technique greatly influences how far the No.7 club hit and how golf performance is. This is the position that is most susceptible to mistakes for beginners.

If you apply too much force, it can cause the ball to deflect. Try to control the club so that it is still in the wing trajectory when swinging the club up to the highest position.

The tip of the club that will point directly at the player while swinging is a standard shot.

Continuing from the backswing, players need to rotate the hips out a bit. Other parts of the body also flexibly move after swing to have a gentle posture. 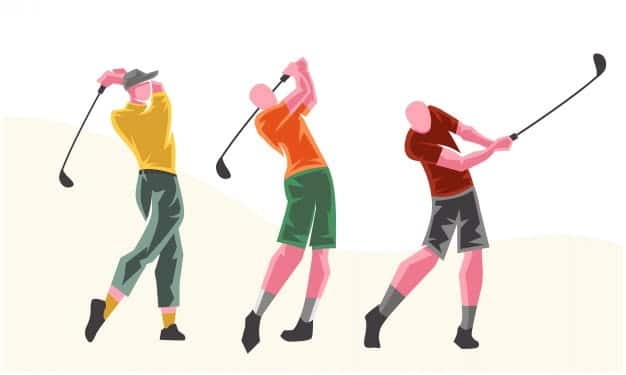 Different postures for a better hit

The slice error is one of the mistakes many people make when they start practicing. A slide error happens when the shot is misdirected in a path from left to right.

To avoid this, a player can perform a baseball swing on the edge of the teeing ground as part of the warm-up process.

And the polishing technique to eliminate slice errors is as follows:

Above are detailed instructions and relevant techniques to help players perform more accurate shots in Golf.

To answer "How far should you hit a 7 iron" and how to have a shot with the best distance, you should own yourself a 7 iron and experience it on the field.

After many practice sessions, you will be more confident with your shots. Good luck!